What shape is your grass?

Turfgrass management is a constant battle. Grass vs disease, grass vs weeds, and even grass vs grass. Sometimes it's obvious who is winning the battle but sometimes the victorious organism is less obvious.

This week while looking over some old pictures of the moss disease on my practice green (the moss is all gone by the way) I noticed something that I think could be useful for turf managers to quickly gauge which plant is winning and which is losing. Take a look at the following pic of poa taking over silvery thread moss with the help of some sort of fungi. 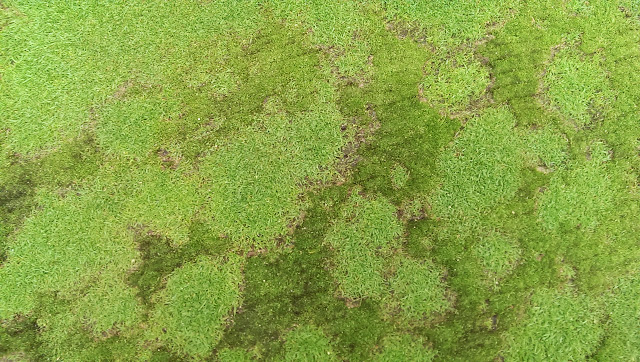 It looks very similar to the next picture with is Microdochium nivale totally destroying my approaches a few years back. 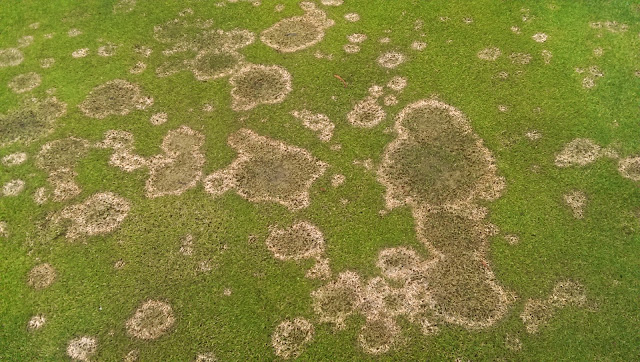 And this picture of cyanobacteria thinning poa on my greens. 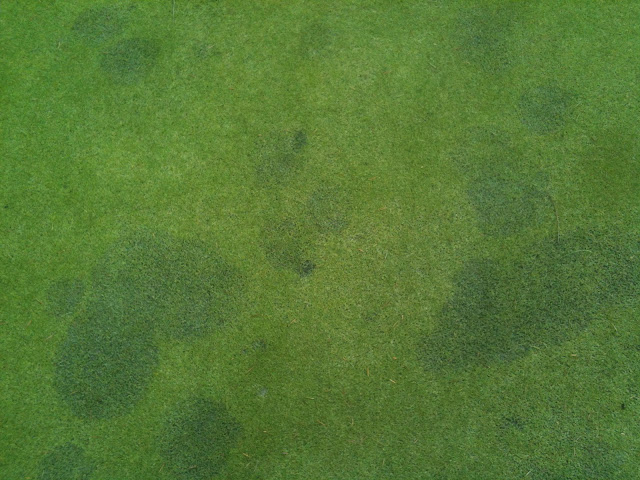 In all these cases the organism that is winning the battle has a round shape. In the first picture the grass is winning, and in the next two the grass is losing and the fungi/bacteria/algae are winning. Obviously if the conditions are favorable for disease development the disease appears round. This is especially true for patch disease which grow in size.

So great, disease is round. Whoopdy doo.

Where this observation becomes useful is when you are managing one grass species over another or when you want to know if the grass, or a patch of clover is winning the fight. Instead of waiting years to find out we can use the shape of the plant growing on the ground to tell us who is winning. This way we can either keep our management practices the same, or make changes to see if we can alter the conditions to favor the desirable species more.

Another way of looking at it is to look at the border between the two competing organisms. The convex border is winning and the concave is losing.

Take the never-ending battle of poa vs bentgrass. It's really hard to tell just by looking at a turf stand which species is winning the battle. If you look at the shape of the grass on the green you can easily tell which plant is spreading and which plant is being grown over.

The following picture is of my 8th green which is a mixed stand of poa and bent. As you can see the darker bentgrass is in round shaped patches and the poa is not in any clearly defined shape. 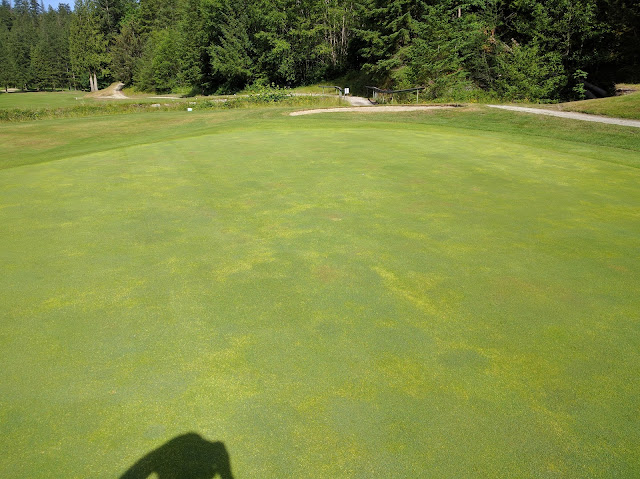 Here's a pic of my 4th green from 2011 with small patches of bentgrass just starting to take hold. They are round too. This was taken when I first noticed bentgrass making a comeback on my greens and was one of my first blog posts ever. This was what inspired me to start overseeding bent into my greens. If the bentgrass was doing good I wanted it to be everywhere in case my poa really started to die. 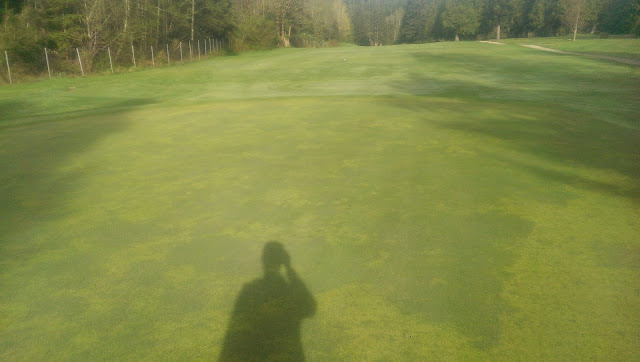 So this is probably no news to you. Way to state the obvious Jason! But I had never thought of this simple and probably very obvious observation in this way and I think that it will really help me easily and quickly evaluate my practices in the future when it comes seeing which organism is winning the battle.
Posted by Jason