Starting to figure this soil balance thing out.

There are lots of people who talk about soil balance and the biology in the soil. This is something that is really hard to quantify but as I start to measure yield and compare the growth rates to disease rates, it is starting to make sense to me. 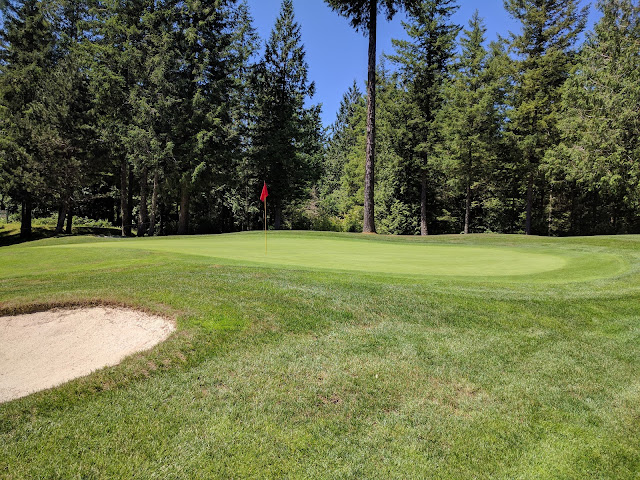 Something that has always bothered me is people selling products that claim to achieve that balance. As we know so little about soil biology, how can any one product really make that big of a difference? To my simple brain, it just doesn't make sense.

One of my main struggles over the years has been trying to understand turfgrass disease and how we can prevent it and the need for corrective traditional pesticides. I have made great progress in trying to reduce their use on my course. I have tried to cut through the bullshit out there and focus on what really matters. There is so much dogma surrounding turfgrass disease and it is easy to get confused about what really makes a difference in making reductions in pesticide use.

One of the most enlightening things for me has been measuring clipping yield. It wasn't until recently where I had wildly differing yields and also wildly differing disease rates that it started to become more clear to me.

Looking back on my growth rates over the past year and comparing it to when fungicide applications were made it has been interesting.

I have been able to grow grass without fungicide every month so far except September. It's a hell of a month coming out of the summer stress and transitioning into cooler weather and fusarium season. Last year I needed 2 fungicide applications to control fusarium in September. Based on the following growth rates can you guess when? 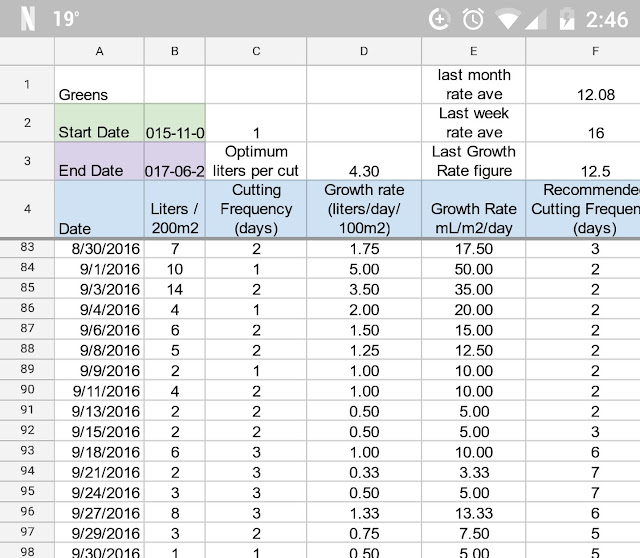 I applied a fungicide on both the 4th and 27th of September last year and these dates both coincide with huge spikes in the growth rates. I saw the same thing this spring.

This brings me back to soil biology and balance.


I wonder how this could impact disease in the plants but have no way of knowing this. Could it be the release of nutrients in the soil that makes the plant more susceptible to disease as we know that higher nitrogen and potassium rates can lead to increased fusarium? Or is it the same conditions that lead to the increased mineralization that lead to a population boom of the bad microbes? I don't know if there's an answer to this question.

I also don't think it matters. Essentially we want to be aware of this phenomenon and try to manage it if possible.

Can we manage soil mineralization?

I also don't know the answer to that but maybe the negative impacts of it could be lessened with cultural practices (or lack of cultural practices) like needle tine aerification or strategic irrigation. I had an interesting talk from a European Agronomist last year where he had seen disease brought on by aerification. Is there such a thing as too much soil oxygen at some times? Could aerification before weather events that lead to high mineralization reduce this phenomenon. Could aerification after or during these events make it worse?

I have often struggled to know why some greens got disease worse than others and I think it has to do with the soil, and the activity of the soil biology and how this varies across my property. As growth rates vary across the property quite a bit on any given day I wonder if it's even worth trying.

But if you know me, I'm going to try.