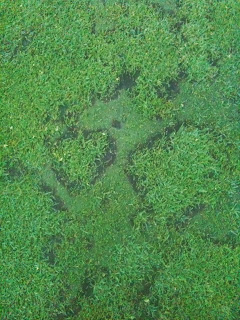 I noticed something interesting happening to the moss on my practice green this summer. It appeared to be under attach by some sort of pathogen. I posted some pictures online when I first made the observation and had literally no feedback as to what it could be. Maybe no one had seen this on their course because they didn't have this much moss? The first time I head of the possibility of this disease was from the Superintendent at my neighbour course. He had a very slight case of this but it really wasn't that obvious and I shrugged it off as nothing. I was really surprised to see such a widespread incidence on my practice green this spring. 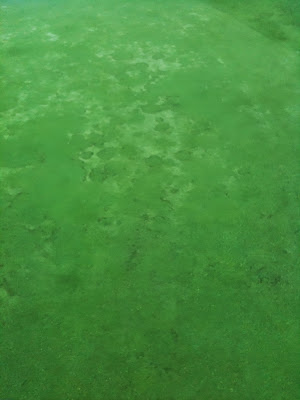 Today I came across a blog post from Dan Strey from Iowa State University who had made a similar observation in one of his moss studies. He found it to be Sclerotium rolfsii and likened its appearance to that of the dollar spot fungus. He noted that " It is very common in the tropics, subtropics, and other warm temperature regions. However, it is very rare to see the disease this far north. The pathogen rarely occurs when winter temperatures fall below 32˚F." This winter was very mild on the Southern Coast of Canada and this could be a reason why I am seeing this show up on my greens. Other contributing factors to this disease occurrence could be the lack of traditional fungicide treatments on this green since 2011, and the poor irrigation system which has lately been re-cycling the schedules and severely over-watering this green combined with relatively hot daytime temperatures. 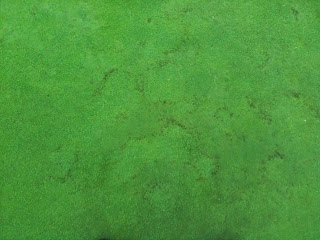 I have sent samples off to be diagnosed but would welcome any other labs out there to check this out for curiosity sake. I think it is pretty cool and who knows, maybe it could be made into a biological moss control in the future? 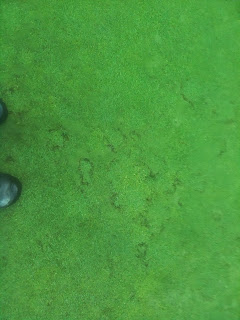 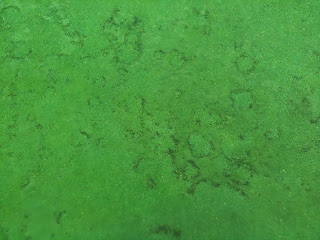 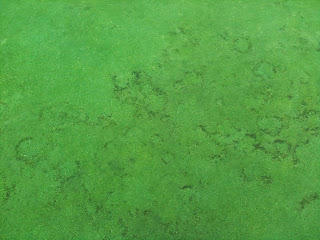