Can I use clipping yield to prevent disease this September? 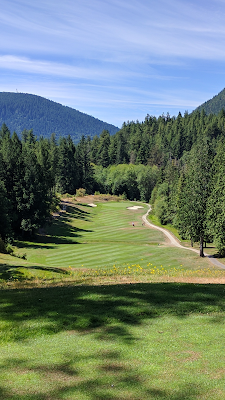 Managing turfgrass disease with the goal of reducing or eliminating pesticide use takes a lot of planning, careful observations and fine tuning. While we are currently in the middle of the summer turf disease cycle, I am already planning ahead for the most difficult time of year that I face when managing turf disease, September.

September has always been a challenging time of year for me as we transition from managing for dollar spot to managing for fusarium patch. These disease are seemingly polar opposites when it comes to IPM strategies. High nitrogen reduces the impact of dollar spot and low nitrogen reduces the impact of fusarium patch. During the transition I am forced to pick a side and often lose the battle on both fronts. So far in my career, September is the only month that I have not been able to get through without the need for a corrective fungicide application for either dollar spot or fusarium patch.

Last month I made an interesting observation about clipping yield and fusarium patch. Basically the greens with the highest clipping yield had the most disease. What was even more surprising to me was that my historically bad green for disease was clean of disease as it had a very low clipping yield. Hmmmm

It is well documented that different rates of nitrogen can have impacts on these diseases but if it was this easy, we wouldn't need fungicides.


My observations last month have got me thinking about disease management and I think clipping yield might be the missing link for me because it is the sum of all things that influence plant growth. It paints a very clear picture of what is happening to your turf.

I have always treated all my greens the same when it comes to fertilizer. If one green gets some fertilizer, they all get it. This was until I started measuring clipping yield on each green individually. This understanding of how each green was growing compared to the other greens allowed me to make further educated observations that I wouldn't have been able to otherwise. This combined with the wildly varying fertilizer rates on my dead greens this spring has allowed me to compare the differences in growth rates to disease activity on my course. It's like a huge science experiment.

Before using the growth potential formula to predict fertilizer rates I was fertilizing all wrong for my climate. Once I started using GP I instantly noticed an improvement in the disease pressure on my course.

During the challenging month of September I am faced with both disease simultaneously but here's the thing, they don't happen on the same greens. Some greens get fusarium, and some get dollar spot. Why?

While I don't have individual green clipping yield data going back more than 1 month I do have data going back years. It seems to me that the variation in growth rates from one green to another are the cause of the varying disease pressure that I observe. Different greens were rebuilt at different times, have less sun, differing drainage characteristics etc and these all have impacts on how the grass grows and how soil microorganisms function and mineralize the soil organic matter.

Using the numbers I measured last month and in previous years in relation to disease pressure I could possibly assign target yields for each disease. Of course I don't expect it to be as simple as this but if I can understand the relationship between yield and disease pressure maybe I can combine this with all the other things I have been trying to be even more successful.

Looking back on previous years' overall growth data it correlates almost perfectly with need for a fungicide. When growth rates go over 3L/100m^2 during periods the spring and fall, I require a fungicide. All the other things I do to culturally control fusarium aren't enough when growth rates are this high combined with mild temperatures.

Take a look at the growth rates in September 2016.

Last September I needed a fungicide for fusarium on September 4th. This observation combined with my recent observation made on individual greens leads me to suspect that I need to aim for a clipping yield below 1.5L/100m^2/day by the end of August. It will be interesting to monitor disease and compare it with yields in the next few months.

Of course this assumes that I have that much control over growth rates and that my numbers are correct and that growth rate has an impact on fusarium patch disease severity. It also doesn't account for the different susceptibilities that poa has to disease vs bentgrass. Let's assume that all these figures are for poa.

So what about dollar spot? My numbers suggest that greens that have a yield greater than 2L/100m^2/day have less dollar spot.

This brings me back to my plan of attack for this September. Recently I have been varying rates of fertilizer on each green to try and achieve a more uniform growth rate across all my greens. The results have been quite successful. Despite the varying growth rates the Coefficient of Variation (Cv) has been dropping which signifies more consistent yields from one green to another.

So now that I am measuring individual yield and fertilizing based on these yields, I hope that I will have more success managing both of these diseases in September. I will aim to keep yields above 2L until mid-August when I will transition to lower yields as the month closes.

I think that if this works I will need to work towards a better understanding on all the things that influence growth rates and how I can manipulate them with the relatively few tools available. Also note that I don't think growth regulators will have a positive impact. If you use PGRs I hypothesize that the growth rates will be relative to one another but who knows.

The chart below illustrates how I have manipulated the growth rates of the greens that received a lot of fertilizer this spring to speed recovery from winter damage. By only fertilizing the greens that have low clipping yields I have been able to make the clipping yield more consistent across all my greens.

I think there is still a lot to learn but this gives me something to try and probably fail at which is what keeps me going. Here goes nothing! 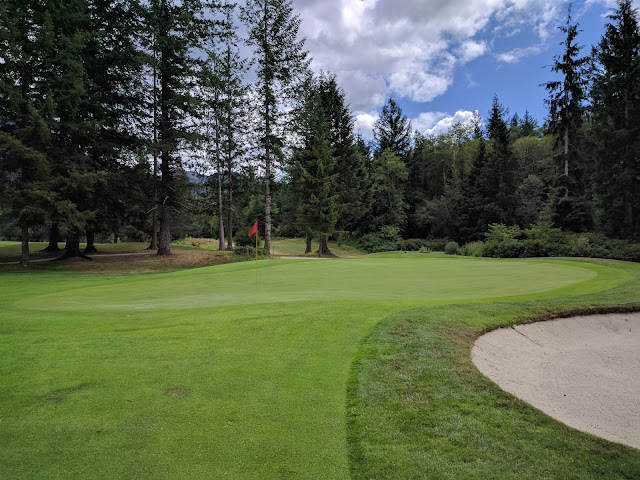