Out of Control Growth 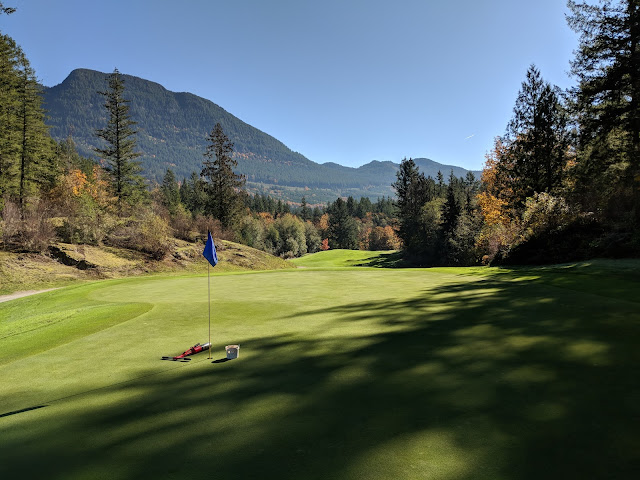 
It's totally true. This year I had big plans to control growth on my greens and boy did I fail. Despite having an intimate understanding of how fast each and every one of my greens was growing as well as how much fertilizer I had applied and how much growth I could expect from those applications, the growth rate this past May and August went completely off the rails. You'll also notice that the previous two years I was able to achieve relatively consistent growth, then it all fell apart. WTF! 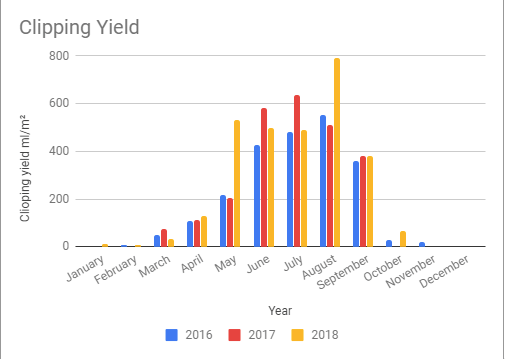 As you can see, the growth this past May and August was significantly higher than in previous years. 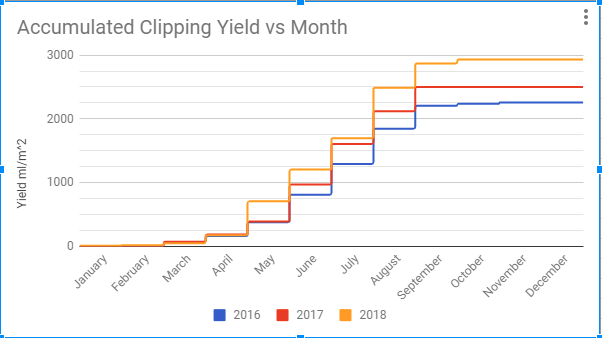 This despite never applying less fertilizer to the greens. The total cost this year for those that are wondering came out to $275 for 1 acre of greens or about $0.07 per square meter. 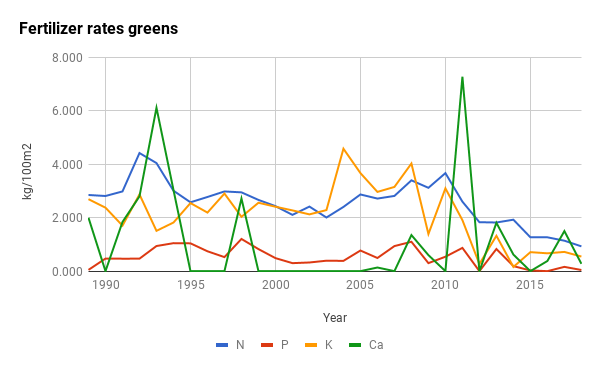 Like Sean says, "we don't have as much control as we think we do."  Although growth this summer got away from me I have some suspicions why it might have been this way despite reintroducing growth regulators in July. The growth rates were so high that we struggled to cut enough grass each day and we were stuck with puffy conditions prone to scalping! Green speed was a challenge to maintain and we were forced to mow more than we would normally like.

Even with the elevated growth dollar spot was still a concern on a few greens. I think this is most likely due to the older bentgrass cultivars that remain on our greens. For the most part, dollar spot on the course was managed very successfully without pesticide interventions. Fairways and tees were in excellent shape all summer and didn't seem to experience the same growth explosion that the greens did.

We still have elevated organic matter from the winterkill episode of 2016. During the crazy heat we experienced this summer I bet the excess organic matter was mineralized and this led to extreme growth rates.

We started using Civitas again. Some of the product claims suggest reduced fertilizer requirements and increased growth. The first application was on the 16th of August, well into the big growth surge we were experiencing. 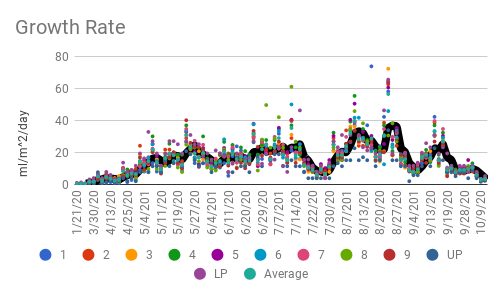 We started using primo again this year on July 9th and followed a strict 200 growing degree day reapplication interval helped out by my weather modeller.

As you can see, we had higher GDD this year than last so that certainly played a roll.

What else could it be?

The only other thing I can think of is grass type.

Last spring we were able to significantly increase the amount of bentgrass on our greens due to losing half of our poa thanks to winterkill.

The first green here is still mostly poa and you can see that despite it receiving higher amounts of fertilizer, it struggled to grow compared to our other bentgrass dominated greens. 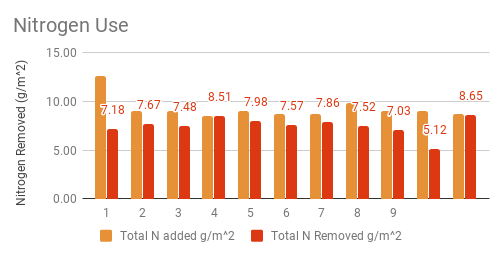 It was very apparent to me this year that bentgrass grows much more with less fertilizer. Of course it could be less fertilizer or maybe the deeper rooted plant simply has access to more nutrients? There hasn't been roots deeper than 10cm for the past 20 years here so there is likely a treasure trove of nutrients in the depths below. Most plugs I sample have roots well below 20cm these days which essentially doubles the amount of nutrients available to the plant assuming it works that way. 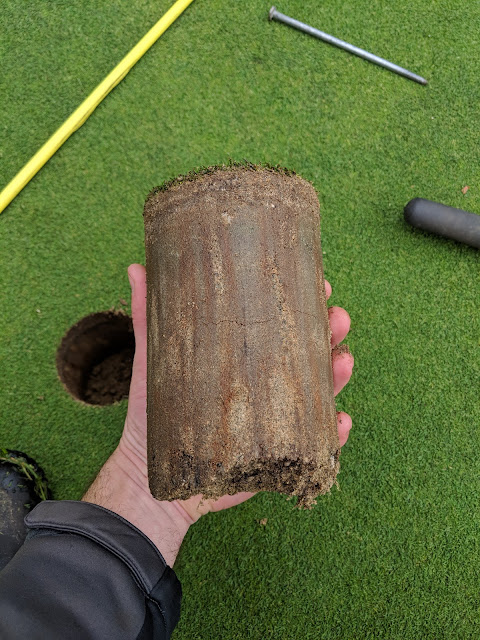 Either way, I think the increase in clipping yield this year is partly due to having more bentgrass on the course and will allow me to potentially go even lower with fertilizer next season. Of course I will continue to monitor the growth rates and will adjust where possible despite having less control that I would like. I now also know what too much growth looks like and can really back off as we approach growth rates that can cause concern.

For more about these bitching graphs check out this post https://www.turfhacker.com/2018/03/turfgrass-maintenance-hud.html